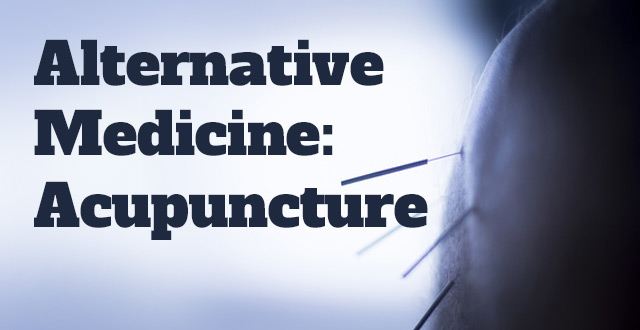 With the advent of modern medicine, many people today assume that ancient treatments are outdated and ineffective. Folk medicine has been relegated to the status of pseudoscience in the mind of the public, especially in Western countries where few seriously consider its effectiveness.

In other parts of the world, however, the popularity of practices like acupuncture persists. In many cases this is due to the unavailability of modern medical technologies which can be expensive and inaccessible to those in developing countries. In other instances, the enduring reliance on ancient medical treatments is owed to tradition and cultural pride.

Acupuncture, the art of inserting needles into certain “acupoints” in the patient’s skin to treat ailments, is said to have been practiced throughout China for millennia. The popularity of acupuncture has also continued to grow in recent years, even in Western countries where it was introduced in the late 17th century.

Despite the widespread availability of modern medical technology, increasing numbers of Westerners are seeking out alternative medicines for various ailments. Many prefer to try treatments like acupuncture for problems such as joint pain so as not to resort to the use of drugs or invasive procedures. This is of particular interest to elderly individuals who are more at risk of complications from surgery.

Proponents of acupuncture claim that it can treat and perhaps even cure muscle aches, joint pain, migraines, anxiety, and more. However, when looking into alternative medicines such as this, the inevitable question arises: does it actually work?

Research indicates that some of the assertions about acupuncture may indeed be true. A series of reviews published in 2011 by the Cochrane Collaboration suggested that acupuncture can provide short-term relief for conditions such as migraines, tension headaches, neck pain, and some of the symptoms of osteoarthritis. A handful of studies were inconclusive, but did not provide decisive evidence against the effectiveness of acupuncture.

Another study published in 2013 states that acupuncture is a highly cost-effective alternative to standard treatments for chronic lower back pain. Research also suggests that stimulant treatments other than acupuncture may be just as effective. Acupressure, a similar technique involving the use of simple pressure on acupoints, may be an option for individuals who are squeamish about needles.

Acupuncture has negligible negative side effects when administered properly by a professional and may be worth trying for those who are curious about alternative medicine. Sufferers of muscle or joint pain, headaches, anxiety, or general discomfort might find just what they are looking for in this ancient practice whose popularity prevails to this day.