Scott Graison attended the University of Florida as a telecommunications major. He honed his skills and became a television producer. Along the way, he won an Emmy award and received multiple other nominations. He has chosen a slight career path turn from producing to writing. In this capacity, he utilizes his enjoyment of communication on several different platforms. He has written for several advertising agencies, has a personal sports blog and has written more than a dozen songs. His ultimate passion is his family, and he also has a great love of sports, music, and movies. 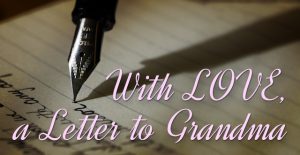 Grandma, we’re reaching out to you today to try and help us help you. We know things are different, and life has changed immensely for you. We can assume you’re in deep thought about your time on this mortal coil winding down. We suppose you are going through physical pain and lack of abilities you’ve […]