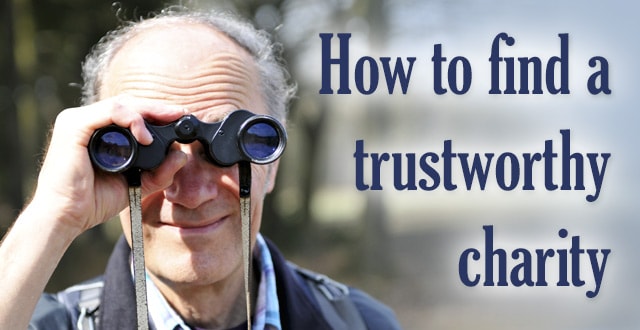 In June 2011, the United Nations Special Envoy to Haiti estimated that Haiti received more than $1.6 billion in relief aid and around $2 billion in recovery aid following the 2010 earthquake. That amounts to around $328 per Haitian. However, two years after the disaster, more than half a million Haitians remained homeless and the clutter of debris remained where it had fallen. Not only that, cholera became endemic throughout the country and is still sickening thousands today.

Where did all the money go? It seems that only one percent of the money was passed on to the Haitian government, and very little was given to Haitian NGOs or businesses. The general public who donated the money thought that it was going to help Haiti, yet most of it went to international aid agencies, outside governments and well-connected non-governmental organizations.

According to the National Center for Charitable Statistics (NCCS) there are currently more than 1.5 million non-profit organizations in the United States. With so many options, when you make a donation how can you be sure your money is going where it is needed most?

Make the Most of Online Resources

A useful online tool to help you make safe decisions about your donation is Charity Navigator. For the past ten years, the website has been providing online tools designed to help benefactors in their search for intelligent giving. Charity Navigator has current information on more than five thousand charities. Their database organizes charities into a broad range of categories including the most popular and the most followed charities as well as charities that are suffering from financial difficulties. The site also offers a host of resources with advice for first-time and regular donors.

Before you donate your money to a specific charity, do your homework. Examine the charity’s financial records. Be sure that the cause is directing at least 75 percent of its budget to the services and programs it is set up to provide. Charity Navigator gives you several options for looking into a charity’s background. You can look up a charity through their alphabetical listings, or you can browse specific categories, such as environment, animals or human services.

Find the Most Reliable Charities

If you want to find out about charities with the best financial transparency and accountability, simply check the four-star rated charities. The site hosts a data base of more 1600 well-run and effective charities, so that you can be sure your donation is reaching its destination. All you have to do is type the organization’s name into the search engine and you will be directed to you complete details of each charity’s mission, policies, and annual income statements. Other useful information is also provided, such as the charity’s compensation to leaders, financial performance metrics and latest news involving the charity. There’s even an option at the bottom of the page that allows you to check out similar or regional charities.

Another useful tool is the Charity Navigator Top Ten lists. Clicking here will take you to a range of lists from most followed charities to highly-rated charities with low-paid CEOs. Top of the former chart is the American Red Cross. Clicking on their link will reveal that they have a three-star financial rating and a four-star accountability and transparency rating. Scrolling down you will see that 92.2 percent of their finances go to program expenses, and that in 2011 their total revenue amounted to $3,452,960,387. You also have the option to access the organization’s historical data for the past three years.

By becoming a registered free personal user at Charity Navigator, you can flag specific charities that catch your interest and organize them in your personal charity portfolio so that you can compare them directly. You can even share them with your friends or fellow fundraisers.

With a just a little research and prep work, you can make sure the charities you donate to are responsible and efficient.