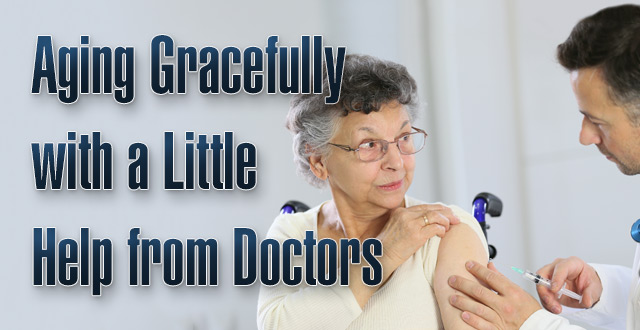 The government census found that 40.3 million people aged 65 and older existed. This put the number of senior citizens at just over 10% of the present population. Health and Human Services and the Department of Commerce commissioned the study in 2014 to determine the effects on the economy and services. The projection predicts by 2050 senior citizens will become 20.9% of the population. Never in history has so large a group of people lived for so long. It also has been determined; it’s not only a United States trend but also a global one. This has vast implications for housing, the economy, and individual lives.

Long living Baby Boomers have been creating new norms economically, socially, and medically for decades and that has not changed. Here are some present trends medically that have major impact on the other two categories:

Though the senior Baby Boomers physical health has been declared overall better than prior generations, the problem has become brain health. A healthy body without a healthy mind means less independent living but high activity. The fear of not having a sound mind has created overreaction to common natural aging episodes until every time someone forgets a key or a word; people comment that they may have dementia.

What is normal? Rates of aging vary from person to person. Biologically, aging happens at the cellular level. Over time it accumulates. Lung tissue gradually loses elasticity so a person cannot inhale as much air as they did when younger. Absorption of food, particularly minerals and vitamins, becomes more inefficient in the digestive system. Blood vessels lose part of their flexibility. Memories may fade some, become blended, or take many minutes to retrieve.

The pace this happens depends on environmental factors and genetics. Just as equally as exercise, certain chemicals and hormones can slow down the aging process or enhance the tissues to their potential. With a number of senior citizens rising globally, it will become a necessity to consider options in keeping elderly in optimum health. More than vanity, the cost to society and to caregivers as seen from the dementia statistics, let alone heart disease and cancer statistics, will be prohibitive. Any processes or activities that can increase good health physically and mentally not only becomes good for the individual but also for families and society.

Longevity has its pros and cons. With so many people aging gracefully the realization has become it will take more than diet and exercise to ensure a high quality life. A need for communal housing (not in the nursing home or assisted living formats) has appeared in upper demographic areas. Independence with the options of a restaurant, on site medical care, and communal activities makes for quality life. A systemic peer review by Nicola J. Gates in BMC Geriatrics of ten studies with 305 subjects of cognitive exercises showed moderate to large improvement in memory related activities. More studies are needed, but the evidence indicates doctors should prescribe cognitive exercise routines. Communities could do much to support the trend by having institutions such as churches, community colleges, and community centers offering high quality classes of cognitive exercises like it does for physical exercise. For whatever reason, institutions and the public shy away from such endeavors.

In The New England Journal of Medicine as early as July 1990, Dr. Daniel Rudman M.D. created a six-month study on 21 senior men (61-81 years old) to study the effects of HGH. HGH otherwise known as human growth hormone derives from the pituitary gland. Starting at birth the hormone regulates growth and acts as a catalyst for the body to build tissue, bone, and increase height. The body continues to secrete the hormone up into the senior years but at lower levels. Too low level of HGH reduces energy levels, causes sleep problems, and increases the potential for depression. As people age, the amount of HGH decreases in the body. It varies widely. What doctors do know is when it decreases to a certain level physical and mental problems appear. Maintaining a good level of HGH could become the key to high levels of brain function well into the elderly years allowing people to live out their genetic design. The men in the study gained lean body mass, had decreased adipose tissue, and the skin thickened.

Since this early study, other studies on specific effects of HGH on the body have been done. Dr. Laura Baker at the University of Washington School of Medicine in Seattle created a study with 152 adults from age 55-87. The study featured a randomized, double-blind placebo-controlled trial. For 20 weeks’ patients inject the HGH subcutaneously. Cognitive studies were measured before the study and then after. After 20 weeks’ healthy older adults displayed improved cognitive function. Many new forms of HGH exist in the last 15 years. The FDA approves these drugs for adult use but not specifically for the elderly. The pharmacological recommendations still list as for adults with childhood HGH deficiency and specific syndromes but not aging. Other studies have confirmed the increased muscle and decreased adipose tissue. Unlike the cognitive exercises that are low cost and easily instituted, HGH regiments are expensive and only paid for by insurance for specific syndromes.

The main problem remains not enough long term studies exist to make a conclusive decision on the effectiveness of HGH on the elderly or on brain cognition exercises. Once HGH therapy beings it is recommended it continues for a lifetime. The only objection the FDA has is the lack of long-term clinical trials. Doctors presently recommend HGH to patients whose families have a history of dementia or Alzheimer’s or specific syndromes. Insurance does list the drug as covered in specific situations at the doctor’s request. According to www.centerwatch.com plenty of clinical trials pending exist in states for people interested in the option, whether that be HGH or brain cognition exercises. More studies need to be done, but brain cognition exercises have plenty of evidence that institutions should start creating programs. Many clinical trials at many research hospitals and medical research facilities are in progress across the nation for brain cognition practices. Unless the public or the families of loved ones with reduced brain function make concerted efforts to make doctors and communities create programs to address the need, this segment of the population will continue to be ignored. These same programs can address reduced brain functioning in trauma or vehicular accident victims as well. Long healthy lives with the brain functioning near its capacity are good for families and society.

Mary Page lives in Baytown, Texas. She is the author of a juvenile novel, The Grand New Delhi Escapade and of a children's book, White Shark Cafe. Her many articles on digital platforms are well known especially on travel, technology, science, and medicine.