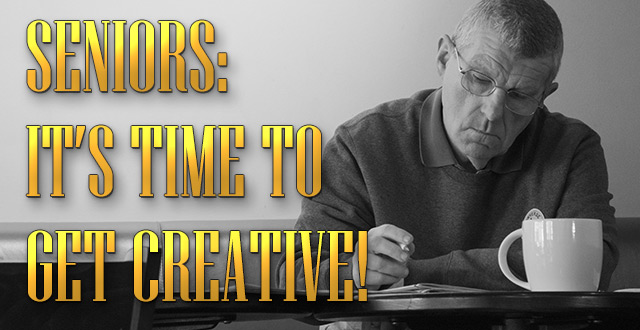 First, let me introduce myself. I’ve been putting pen to paper, and fingers to the keyboard for more than 40 years. I’m an experienced Freelance Writer, who’s written lots of cool stuff, including: Marketing/Advertising materials, Web Content, Press Releases, and numerous published articles, about a variety of subjects. I’ve worked for and with businesses, non-profits, both big and small.

Before we get into the heavy stuff, let’s take a look at what the “Dictionary Gurus” have to say about the word “Creativity.” They define it as:

In essence, creativity is thinking outside the box. Not following the usual and predictable route that everyone else does. Those who tend to be creative are known to take the road less traveled. They might choose to make a quick turn, where others pursue the straight and narrow to ensure their safety. Their ideas might be thought of as revolutionary. Others who do have a choice, choose to just be ordinary and follow the lead of those who’ve come before them. The creative folk elicit words, from others, like, “ah, wow, whoopee, unbelievable, how did you come up with that?”.

According to the late, Gene D. Cohen, MD, PhD of the Center for Aging, Health & Humanities, George Washington University, “Expressing ourselves can actually improve health, both mentally and physically.

One way to stimulate your “brain cells,” would be through the use of Writing Therapy or Journaling. These forms of writing can be accomplished by a number of different approaches, including, but not limited to:

Each of these will be discussed in greater detail in future Alive 65 Blog Posts.

So find some pen and paper, or begin exercising your digits so that you can become the next great Damon Runyon or other talented writer. Both your mind and body will be brought to a new level of well being and will allow both you and yours to know what’s on your mind.