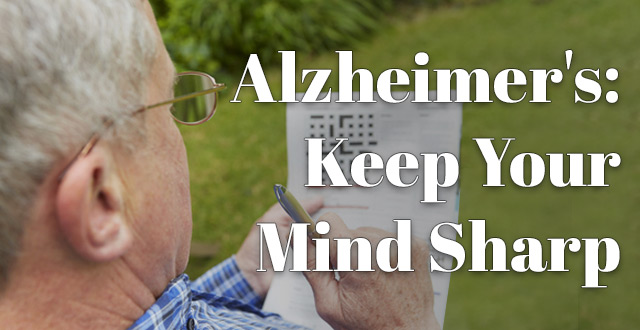 You have probably been advised by your physician that once you have Alzheimer’s all you can do is hope for the best and wait for a pharmaceutical cure to be discovered. Well, the truth about this disease is far more encouraging. According to current research, scientific test patients have been able to reduce the risk of Alzheimer’s through a combination of healthy diet, active social life, regular exercise, and a stress-free lifestyle. So what is Alzheimer’s disease and what effects does it have on people who contract it?

Well, according to Phys.org, Alzheimer’s disease is a disease that affects the mind of a patient by stripping them off their memories and identities. Patients who suffer from Alzheimer’s are gradually unable to take care of themselves, and simple tasks such as eating or urinating become harder to do on their own. This disease is known to affect people who are over the age of 65, but in a few reported cases, patients have started showing symptoms in their 30’s and 40’s. According to the Alzheimer’s Association, approximately 5.3 million Americans suffer from this mental illness.

Can Alzheimer’s Disease Be Prevented By Crossword Puzzles?

While a lot of research on Alzheimer’s states that senior citizens should live a healthy active lifestyle to avoid getting this disease, it has been discovered that playing crossword puzzles is a more effective method. How do crossword puzzles help slow its decline or prevent it? Well, according to research keeping the brain active by playing brain stimulating games such as crossword puzzles often appears to surge its vivacity and in the long run builds and reserves the human brain cells and connections, there is a possibility of  patients generating new brain cells. People who regularly learn new things in life and are constantly challenging their brains are less likely to get affected by Alzheimer’s disease.

When you play crossword puzzles, your brain is  actively learning new things and generally, staying active according to science,  makes you less likely to get Alzheimer’s disease. However, it’s not only playing games that might help the patient prevent or reduce the symptoms, constantly learning and engaging in activities plays a big role, a reason why people with a higher level of education appear to be more protected from Alzheimer’s. This is because people who have kept their brains more active throughout their lives have very low amounts of protein forming on the amyloid plaques, which is known to be the hallmark of the disease.

What Are Other Researchers Saying About Alzheimer’s Disease?

Some researchers have refuted the claims that Alzheimer’s, in fact, has no cure. Philip Sloane, M.D., a professor of family medicine states there isn’t enough concrete evidence to fully support that crossword games and puzzles help prevent Alzheimer’s. According to Sloane, patients that suffer from Alzheimer’s often deteriorate over time, and the brain damage usually begins before the patients notice memory lapses, according to Sloane, which makes it such a challenge when it comes to researching about prevention strategies.

However, according to experts, patients do not need to necessarily turn their life upside down to make sure that they reap the maximum benefits of preventative measures. A person may just need to start small, which is the reason why playing crossword games and puzzles is the most convenient and advised method. Later, patients can start a daily walk routine, or change their eating diet until they are fully on board.

So taking the time now to invest in your mental health may pay dividends later in life. In case you are looking to find out more about Alzheimer’s disease, you can check out the Alzheimer’s Association website for more insights about the disease. For more ways on how to improve your memory and mental performance, please click here.

*Always consult your Doctor before beginning a new diet or exercise regimen.