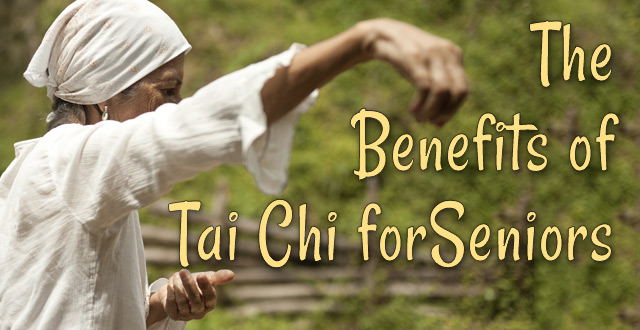 Getting older doesn’t mean that you have to lose your mobility. In fact, one great way to help prevent the effects that old age can have on the body is to take up Tai Chi, which has been practiced for thousands of years. Tai Chi is a Chinese martial art that focuses on both spiritual and mental aspects that are integrated into movement, which then create a meditative form of exercise that includes using one pose together with a series of 19 movements. Multiple senior care facilities and seniors have embraced this style that focuses on conditioning and workout for more than two decades because of the benefits that have been realized by adopting it.

Tai Chi has become increasingly popular all over the world and there are many places where students can learn more about it and take lessons supervised by Tai Chi Masters. This martial art is characterized by slow repetitive movements and is heavily based on relaxation and co-ordination as opposed to muscular tension. The main assertion is that focusing the mind only on movements, is beneficial because it helps to achieve a state of mental clarity and calmness, and reduce stress. Standing and deep breathing meditation helps to focus consciousness and restores physical balance and energy. Tai Chi Master Yang Yang believes that it focuses on both the mental and physical aspects.

According to scientists, it is the ideal exercise for the elderly. Researchers revealed that seniors, who on a regular basis perform or take part in it, had a lower chance of suffering from high blood pressure and were stronger physically. Moreover, the martial art is regarded as the preferred technique especially for the elderly, because it improves heart function and increases muscular power, which means that it has the ability to help seniors maintain good health. Peter M. Wayne, who is an expert when it comes to it also supports that it has numerous health benefits. According to him, “Tai Chi can not only reduce stress and depression, but also relieve pain, build strength, and improve cognitive function, perhaps even delaying dementia”.

In one particular study, pulse measurements revealed that it was beneficial because it improves the contraction and expansion of the arteries and the strength of the knee muscles. In the case of the arteries, arterial compliance is a valuable indicator of heart health. Other studies have found that focusing on strength training alone, has led to a decline in arterial compliance. In addition, studies relay that people with mild cognitive impairment or early dementia can benefit from exercises like Tai Chi and it can have positive effects on not only memory, but also cognitive performance.

In China, it is immensely popular due to its health benefits among other things. It is believed that it can prolong life, delay aging, strengthen tendons and muscles, increase flexibility, and help in the treatment of arthritis, high blood pressure, heart disease, digestive disorders, arthritis, cancer, depression, and a host of other illnesses. However, these claims have been supported by minimal scientific evidence. Some of the documented evidence emphasizes its benefits when it comes to balance and fall prevention, endurance and strength, walking, fibromyalgia and stress.

Aside from the health benefits, other reasons why it is suitable for the elderly are pegged on its nature. Movements are not only gentle, but also low-impact and put minimal stress on the joints and muscles of a person. There is minimal risk of injury, it can be done anytime and anywhere, requires little space, it can be done at one’s own pace, it is not competitive, is a good form of meditation, and it is stimulating because it has a variety of movements that keep people interested. In general, it is highly recommended and ideal for the elderly. Seniors should not miss out on the chance to take advantage of the health benefits of this form of exercise.